King Robert the Bruce of Scotland had been defeated in battle and was pursued by his enemies. He hid in a cave and thought over his defeat and his difficulties. He had little hope left, and thought he should give up the struggle.

At that moment he saw a spider dangling by a long thread. It was trying to climb back up to its web, but kept falling back. The spider persevered and eventually succeeded in what it had set out to do.

King Robert the Bruce often told this story to remind others of the lesson he learned from the spider - to “stick with it” even though there are setbacks. He died on this day in 1329.

Let us pray: Lord, show me how to learn from others, how to be patient, and how to persevere.  Amen.

What Kind Of Parent Are You: Carpenter Or Gardener? 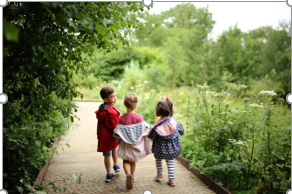 The "carpenter" parent thinks that a child can be molded, writes Alison Gopnik. The "gardener," on the other hand, is less concerned about who the child will become and instead provides a protected space to explore. (Dan Kitwood/Getty Images)

There are two kinds of parents in modern America, says Alison Gopnik in her recent book, The Gardener and the Carpenter.

The "carpenter" thinks that his or her child can be moulded. "The idea is that if you just do the right things, get the right skills, read the right books, you're going to be able to shape your child into a particular kind of adult," she says.

The "gardener," on the other hand, is less concerned about controlling who the child will become and instead provides a protected space to explore. The style is all about "creating a rich, nurturant but also variable, diverse, dynamic ecosystem."

Gopnik, a psychology and philosophy professor at the University of California, Berkeley, says that many parents are carpenters but they should really be cultivating that garden. She spent decades researching children's development and found that parents often focus too much on who their children will be as adults. The harm in that approach, she says, is that parents and their offspring may become anxious, tense or unhappy.

"We're so concerned about how these children are going to turn out that we're unwilling to give them the autonomy that they need to be able to take risks and go out and explore the world," she says.

Ironically, the less that mothers and fathers worry about outcomes, she says, the better their children may fare in life.

Gopnik spoke with NPR's Hidden Brain about her book and her view of the flaws in modern parenting.

On the changing role of parents

In the 20th century, families got smaller. People got to be more mobile and people had children at a later age. For the first time, people were having children who hadn't had much experience of caring for children but had lots of experience of going to school and working. It was kind of natural for people to think, "OK, this is like going to school and working. And if I can just find the right manual or the right secret handbook, I'm going to succeed at this task the same way that I succeeded in my classes or I succeeded at my job."

On the uniquely long childhood of humans

We sort of take it for granted that children need to be taken care of for a long time. Having that long period of childhood gave you this protected period where you could move from one village to another. And childhood gave you a chance to master that new environment. A lot of the things that seem kind of strange about children — the fact that they're simultaneously so creative, so imaginative, so exploratory and yet so bad at taking care of themselves — kind of fit that picture.

On the benefits of not instructing toddlers

[An experiment] was done by [researchers] Elizabeth Bonawitz and Laura Schulz. What they found was that if you gave a complicated toy to a 4-year-old, they find all the things that it could do. It could squeak, had a mirror, it had a light. But when the experimenter said, "This is my toy, I'm going to show you how it works," and did one thing, like squeak the squeaker, children were much less likely to explore. What they did, rationally, was squeak the squeaker — what the adult had demonstrated.

It turns out that a very good way of getting a machine to learn is to give it an early period where it can just play. If you gave a robot a chance to just dance around, figure out what its limbs could do and then you gave it a specific job, like, 'Go and pick up this piece of cloth," the robot was more resilient.

That's a good model for the things that play can do in general. If you want someone to be flexible, to say, "OK, I didn't learn how to do this particular thing, but now can I apply what I did to something else," then play really seems to play a deep role.

On how Silicon Valley gets it

Famously, Google gives their employees a day off to do whatever they want and Pixar has playhouses as part of their environment. I think the value of that kind of playful exploration is something that people in the tech world get.

On making pancakes with her grandson

One of the great joys of life is cooking with 2- and 3-year-olds. But of course they're extremely inefficient. So when [my grandson] Augie's whipping egg whites, [we] end up having egg white fresco all over the walls, and he's doing it in a way that is not nearly as efficient as it would be for me to do it myself. But it's interesting that if you look across cultures, what caregivers often do is not give their child instructions on what to do but let them participate. So let them take on a piece like whipping the eggs.

Thank you to all the families who came along and enjoyed our Literacy Family Fun Night. Thanks to Brad Winsor, Emma Randall and Lisa Buchanan for organising a great, fun evening filled with reading and games which promote student learning. There was plenty of competition, laughter and collaboration throughout the evening which was great to be part of.

Our 7/8 and 9/10 secondary boys competed in Tumut at the Smalls Schools Rugby League on Tuesday. Congratulations to both teams who have been successful in moving to the next round. Thanks to Andrew Alderman for organising and coaching the senior team and to Matt Paterson and Mick Nasser for coaching the junior team. Your time and wisdom is greatly appreciated. All had an excellent day and the quality of play and sportsmanship was something to be proud of.

Please remember that students are required to return notes by the due date indicated on the note. A lot of time and money is spent organising the many extracurricular opportunities we provide for our students. We are trying to instil independence and responsibility for own actions in all our students as well as an understanding and appreciation of the effort that goes into organising such activities. With current legislation, the paperwork involved in excursions has become huge and we need people to make a commitment and stick with their choices. This is one small way we are encouraging students to take responsibility for themselves and your support would be greatly appreciated.

We wish everyone a safe and happy long weekend. School resumes on Tuesday 12 June. 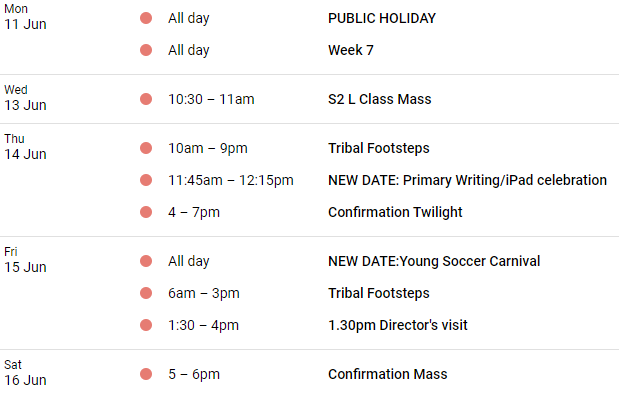 On Wednesday Stage 2 C celebrated their class mass. The theme of the mass was Creation. Thank you to those family members who joined Stage 2C in this celebration.

Feast of the Sacred Heart of Jesus.

Tomorrow we celebrate the Feast of the Sacred Heart of Jesus with Mass. A very special feast day for our school and parish community. Stage 4 will lead us in the Mass. Mass will begin at 12 noon. All family and friends are more than welcome to join us

This week all secondary students will be receiving a letter and payment envelope in regards to the Y7 -10 Catholic Life talks that will be taking place in Week 8. Choices Decision Outcomes, (CDO) is an innovative value based education program encouraging adolescents to make healthy lifestyle choices regarding sexuality. Please read the attached information and return the permission slip and payment envelope to school by the due date.

Prompt payment would be greatly appreciated if prior arrangements have not been made.

( Parents/Students need to sign the new note if attending)

Well done the secondary 13s and 16 Small school Rugby League teams who had a very successful day in Tumut on Tuesday. Both teams went through the day undefeated and will now progress to the next round in Boorowa next term.

Congratulations to Corey Gale and Darcey O’Toole on being selected in the Canberra Goulburn Archdiocesan Ruby Union team. These boys will compete at the MacKillop trials in Forbes later in the term. 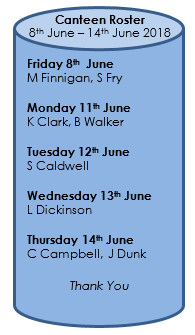 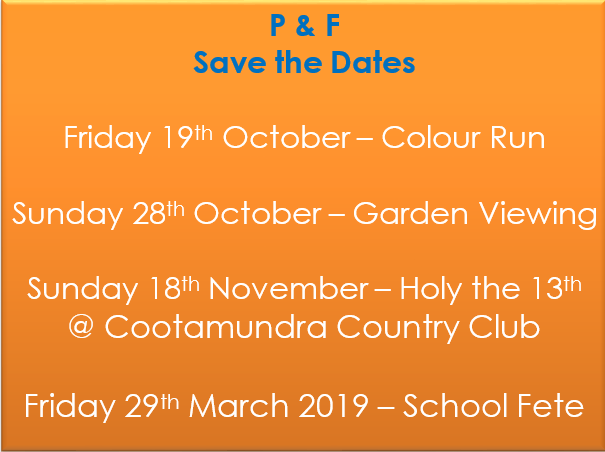 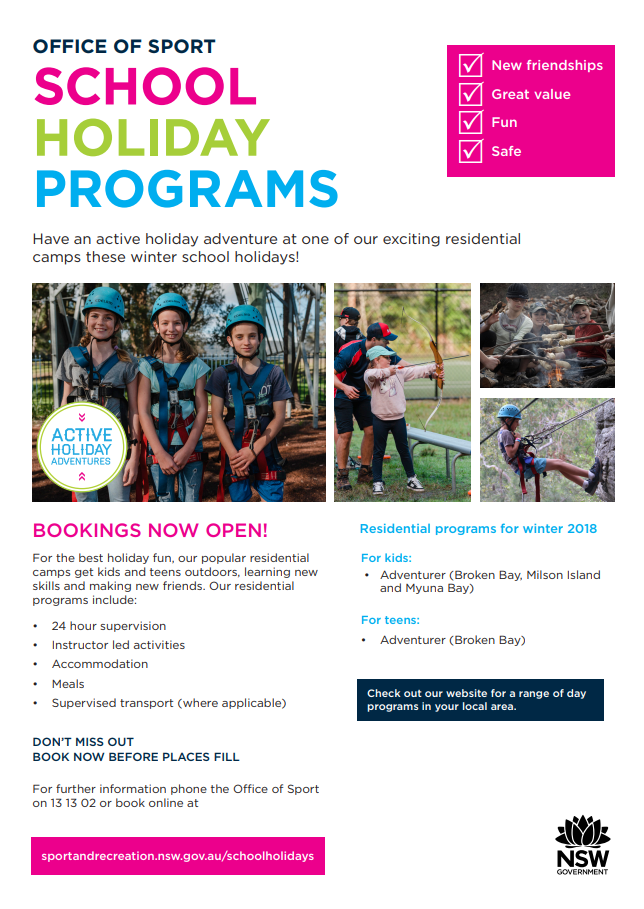 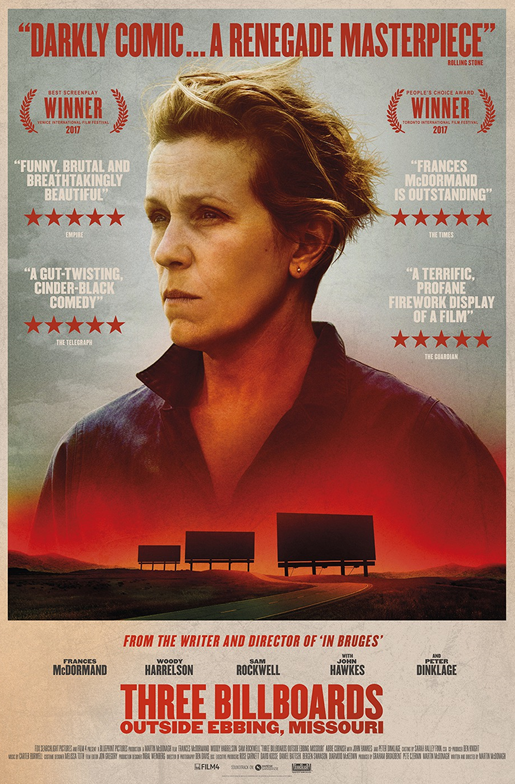 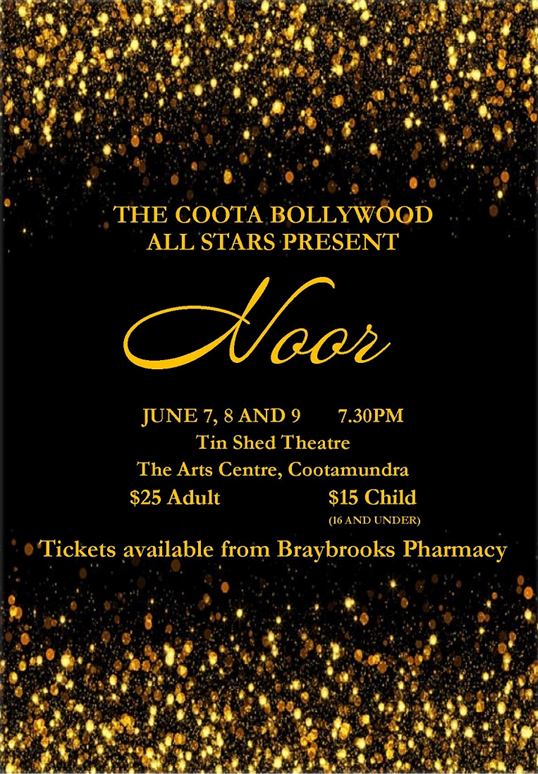