Remembrance Day has a special significance in 2018.

One hundred years ago, on 11 November 1918, the guns of the Western Front fell silent after four years of continuous warfare. With their armies retreating and close to collapse, German leaders signed an Armistice, bringing to an end the First World War.

From the summer of 1918, the five divisions of the Australian Corps had been at the forefront of the allied advance to victory. Beginning with their stunning success at the battle of Hamel in July, they helped to turn the tide of the war at Amiens in August, followed by the capture of Mont St Quentin and Pèronne, and the breaching of German defences at the Hindenburg Line in September.

By early October the exhausted Australians were withdrawn from battle. They had achieved a fighting reputation out of proportion to their numbers, but victory had come at a heavy cost. They suffered almost 48,000 casualties during 1918, including more than 12,000 dead.

In the four years of the war more than 330,000 Australians had served overseas, and more than 60,000 of them had died. The social effects of these losses cast a long shadow over the postwar decades.

Each year on this day Australians observe one minute’s silence at 11am, in memory of those who died or suffered in all wars and armed conflicts.

Out student leaders will join other community members on Sunday at the Cootamundra War Memorial to pay our respects to all those who served so that we might enjoy the freedom we take for granted today.

God our Father, may no-one’s negative actions ever overpower my determination to choose to live in a positive way.

I know that to forgive someone can be far from being an easy option, and I know that forgiveness isn’t somehow pretending that something wrong hasn’t happened.

For what I have done wrong, Father, forgive me to the extent that I am generous in forgiving - or hoping to forgive - those who have done wrong to me.

Empower me to break the cycle of any hatred, resentment or bitterness, always resisting evil and conquering it with goodness.

It was delightful to welcome our new Kindergarten 2019 students and parents to attend our first day of Kinder orientation last Friday. We are looking forward to seeing everyone again tomorrow. The students had a lovely day with the 2019 Kinder teachers, Mrs Kate Maher and Ms Emma McDonnell (TBC).

Thank you to everyone for your understanding that we postponed the Infants Athletics carnival due to the extreme weather last Friday. Our students are very excited that it will take place tomorrow. We invite parents to come along and assist throughout the day and wish everyone an enjoyable day!

Please pray for our Year 10 students as they finalise their last days of formal lessons at Sacred Heart. We pray that they may spend their time in preparation for their final assessments next week productively and that they enjoy the incredible line up of activities and events that have been planned for them in the upcoming weeks. A letter was sent home this week with all Year 10 students outlining all the events, timelines, money due, etc. If you are a parent of a Year 10 student, please read the details carefully and add them all to your diary.

Exams for Year 10 take place next week, with the Touch Carnival on Friday 16 November.

Don’t miss out on all the delicious items that will be on sale at the P & F Cake Stall tomorrow from 8am. They will be out the front of Westpac in the Lion’s Club van.

We are looking forward to our Holy 13 Golf Day to be held on Sunday 18 November with great anticipation! We hope that you can join us and bring along your family and friends to take part in another fabulous family event.

Registration takes place at the Cootamundra Country Club from 9.30am. It costs $15 per person to play and hit off will be between 10am-10.30am.

There will be a huge lineup of fantastic prizes on the day, auctions and raffles so come along and join in the fun!

We are currently preparing for our student leadership days to be held Wednesday 21 November (Year 5) and Thursday 22 November (Year 9). We wish all students a terrific day and know that they will learn much about being a good leader throughout the days. We strongly believe that all Year 6 and 10 students are leaders in our school and whilst we do give out badges, it is equally important for all our senior students to be excellent role models, inclusive of others and to watch out for our younger students. 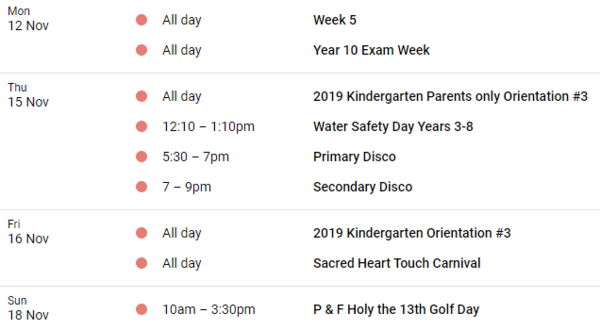 Thank you to all the staff and students that help lead the Sunday morning mass last weekend. It was a wonderful celebration to reflect on the service the Sister's of Mercy have given to our school community.

Stage 2C had a wonderful class mass yesterday. Based on the theme The Church in the World.  It was wonderful to see the support of our families and friends at the Mass.

Well done we raised as a community 1,038.60. These funds will be used to support Catholic Missions work in Myanmar. Congratulations to all classes who created a coin line longer than their sock puppet line. Great work to Stage 3W who raised the most money on average per student. A hot chip lunch is coming your way. 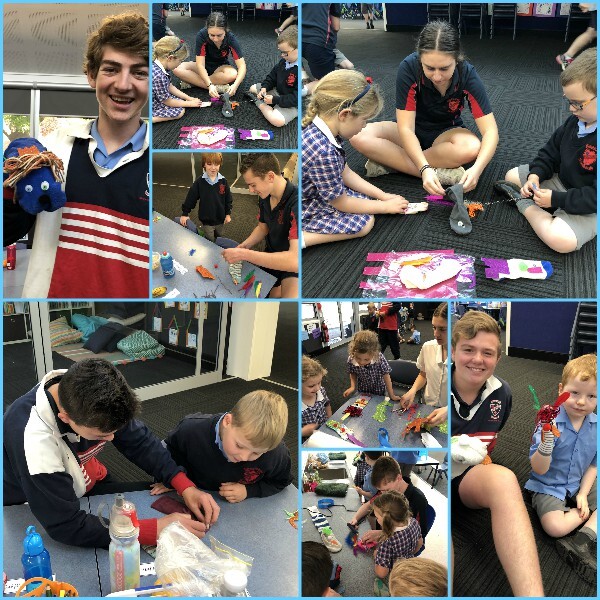 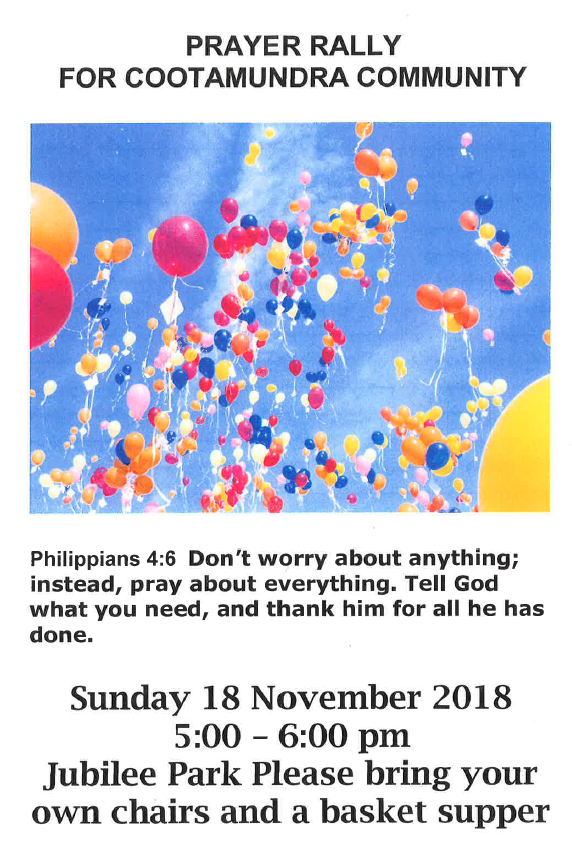 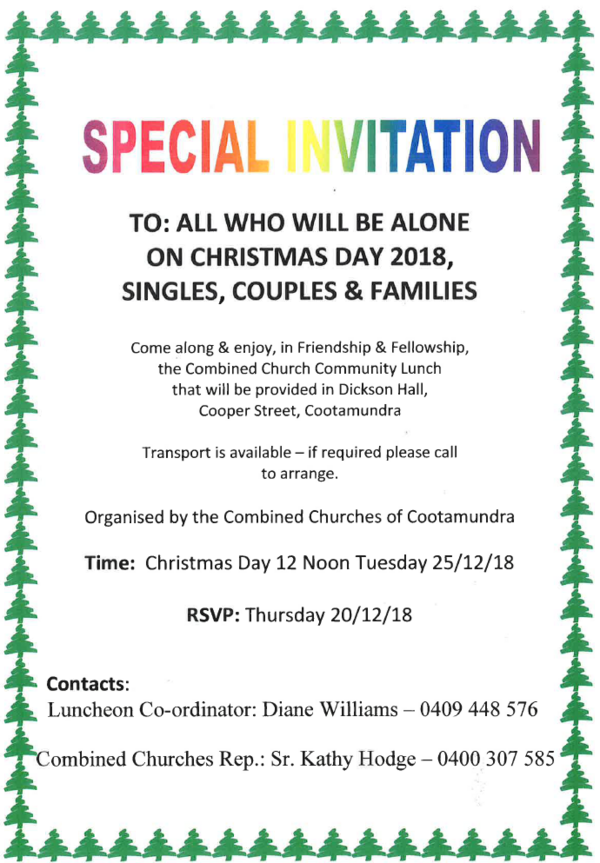 If your require a group photo of the following groups please order online. 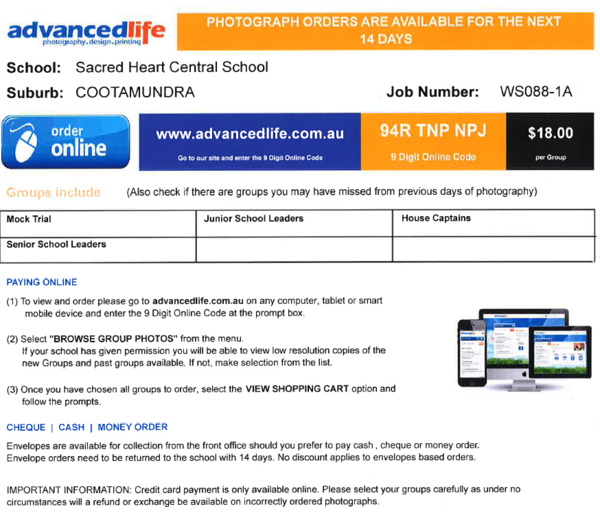 We are in desperate need of refs for our Annual Touch carnival.

We are holding our Annual Secondary Schools Touch Carnival on Friday 16/11/18. Year 10 parents assist with running the canteen. Offers of parent assistance can be directed toward Mr Alderman. We are also looking for the assistance of a high number of referees. If you have anyone about to offer their time, please speak to Patrece Maxwell. 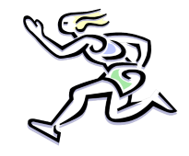 Students come to school first and walk down with their teachers. 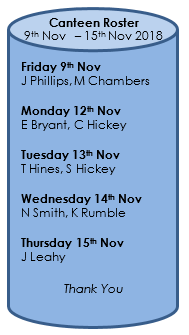 You can drop your delicious baked goodies at the van from 8.00am Friday Morning. 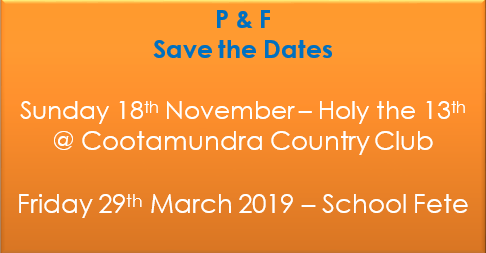 On behalf of the P & F I would like to thank Pat & Marie Ryan, Sue Priest, Pam Cohen and  George and Ann Peacey for kindly opening their beautiful gardens for our Garden Viewing Day last Sunday.  It was a very successful day raising over $3000. Also thank you to the Garden Viewing committee who did a great job organising the day to ensure it all went smoothly and to those that helped on the day with catering, donating food or sitting on a gate, your help was greatly appreciated. Everyone I spoke to loved all the gardens and commended  the garden owners on keeping the high standard in the dry conditions we are enduring and that they all enjoyed their day out.

Lastly a big thanks to the lovely ladies that served morning tea/lunch at the Ryan home your smiling faces  were most welcoming and your help is greatly appreciated by everyone on the committee Thanks again everyone. 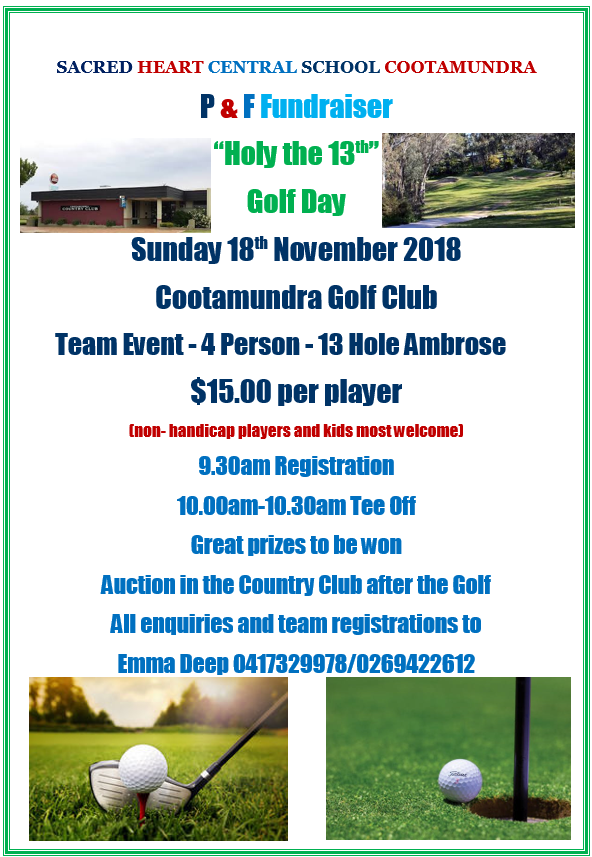 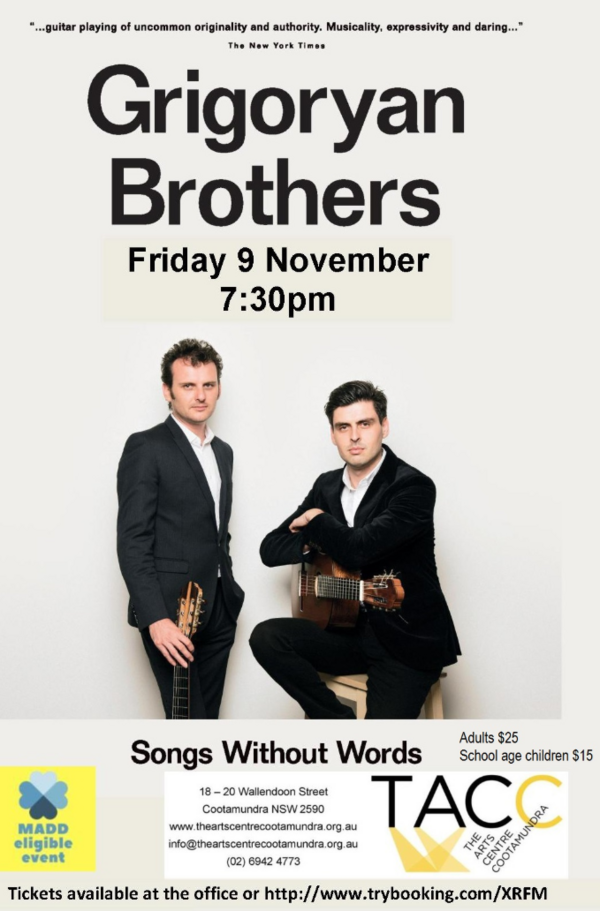 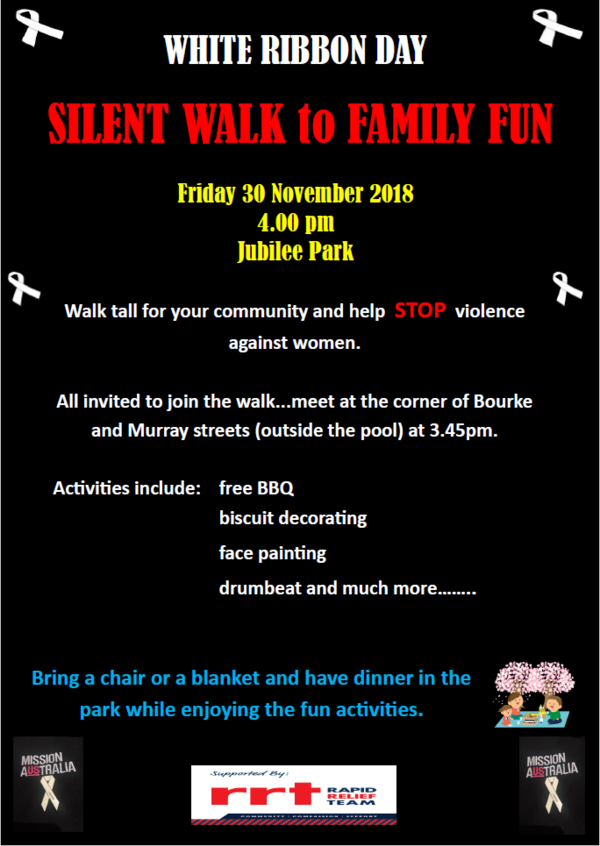 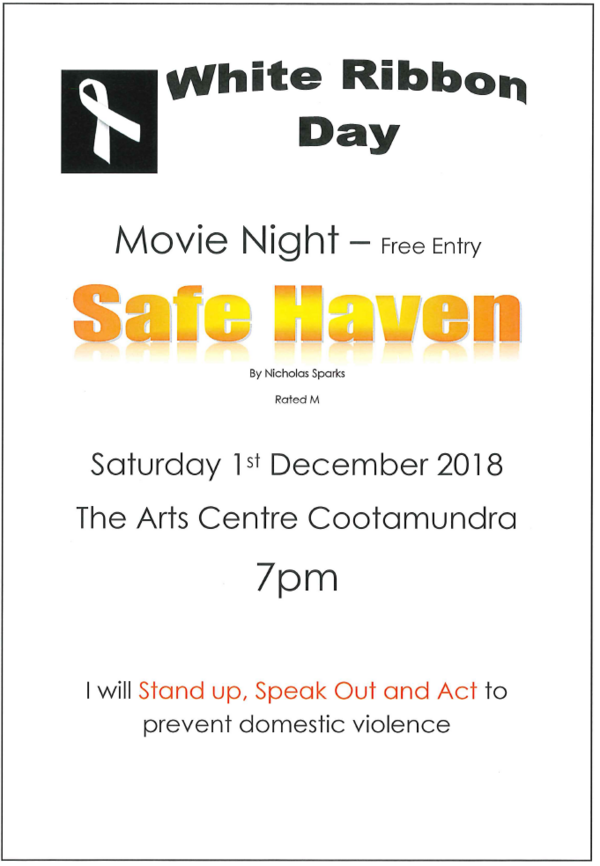